Engine Companies 1,  3 , 4 and the Truck Company have announced their Santa Parade routes for 2022.  All parades are scheduled for Saturday, December 10th, 2022. Each route is available in PDF format below.

The Annual Elections of the Hauppauge Fire District in the Town of Smithtown and the Town of Islip will be held at the Main Firehouse, 855 Wheeler Road on Tuesday, December 13, 2022 between the hours of 2 PM and 9 PM for the purpose of:

These are the candidates for the two year term. All candidates have been invited to submit a brief statement on their candidacy. The statements will be posted when they are received.

Chairman of the Board - Commissioner Scott Munro - Incumbent

The Munro family history of service also includes Scott’s father, Neil, who was a second-generation member of the Hauppauge Fire Department.

During Scott’s 25 years of service as a Commissioner with the Hauppauge Board of Fire Commissioners he has been involved with:

Scott is married to Michelle, with four children, two of whom - Austin and John - are presently members of the Hauppauge Fire Department. Austin, like his father,  serves with the NYPD and John is a building manager for Staller Associates. His daughter, Cydney, is in her sophomore year at SUNY Stony Brook where she is studying law.

He is also thrilled that his eldest son, Scott E. Munro, is seeking a 5-year term as Commissioner. Scott E, a former Lieutenant with the Truck Company, also has the distinction of being fourth generation. Scott follows in his father's footsteps as a Detective with the NYPD,

John is an active member of Engine Company 4. He has been a resident of Hauppauge for 54 years and a member of the Hauppauge Fire Department for 37 years.

I have been asked why I want to be a Hauppauge Fire Commissioner. The answer is simple. It is an opportunity to do the right thing for the community I grew up in and for the volunteer firefighters who work so hard to keep our Hauppauge community safe. It is an opportunity to give back to those who give so much of themselves – to be their voice and represent their needs.

I am a 4th generation Hauppauge resident as well as a 4th generation member of the Hauppauge Fire Department. I was raised in Hauppauge, went to school here, worked here and I am currently raising my 3 amazing children in this wonderful community. I come from a tradition of public service, and I feel that public service is one of the most honorable things that a person can do in life. I feel very strongly about carrying on my family tradition of working to help improve the lives of our residents, business owners, and the amazing volunteers who serve so selflessly.

The task of protecting the community from fires, storm emergencies, tragic accidents and countless other emergency situations that place our residents’ lives in jeopardy is the job of the Hauppauge Fire District and the Hauppauge Fire Department. In the 21st century it has become an increasingly complex job with increased training requirements, maintaining the proper firefighting tools and apparatus to be able to manage any emergency while not forgetting that we must be prudent with taxpayers’ money.

I will faithfully represent the residents as well as the volunteers of the Hauppauge Fire Department. I will voice your concerns and will go above and beyond for you and your family. Your concerns are my concerns. I am laser focused on being that voice for you.

STATION 1 DECORATED FOR THE HOLIDAYS

STATION 2 DECORATED FOR THE HOLIDAYS

We are looking for qualified members of the community who are interested in becoming part of our organization as a volunteer firefighter. The commitment is significant but so are the rewards. Visit our website and click on the "Join" tab for more info and to complete a Membership Inquiry Form. www.hauppaugefiredepartment.org

The Line of Duty Death Memorial at the Suffolk County Fire Academy in Yaphank was rededicated on Saturday, Oct 29th. It was a bittersweet event because the name of our own member, Ex-Chief Stephen A. Feron, was added. Chiefs Furuno, Crean and Mendola attended this event with members of the Hauppauge Fire Department. Photos provided by Chief Furuno.

For Explorer membership information please click on the Explorers tab under "Companies".

This weekend officers and members from Engine Companies 1,3 and 4 attended a two day conference entitled "Five Alarm Leadership - The Company Office Academy". The class, being offered at the Sayville Fire Department, The lecture is being condcted by Chief Rick Lasky and Chief John Salka.

The success of company officers on the fire ground is dependent upon their success in the fire house.

MEMBERS OF THE HAUPPAUGE FIRE DEPARTMENT IN ACTIVE MILITARY SERVICE

We have added the ability to order and pay for an engraved 9/11 brick at our memorial. Simply click on the link, follow the instructions and you can leave a lasting tribute for a loved one. For more pictures, visit our 9/11 Memorial Page. NOW IS THE TIME TO ORDER A BRICK IF YOU WOULD LIKE TO HAVE IT INSTALLED BY THIS YEAR'S 9/11 CEREMONIES. 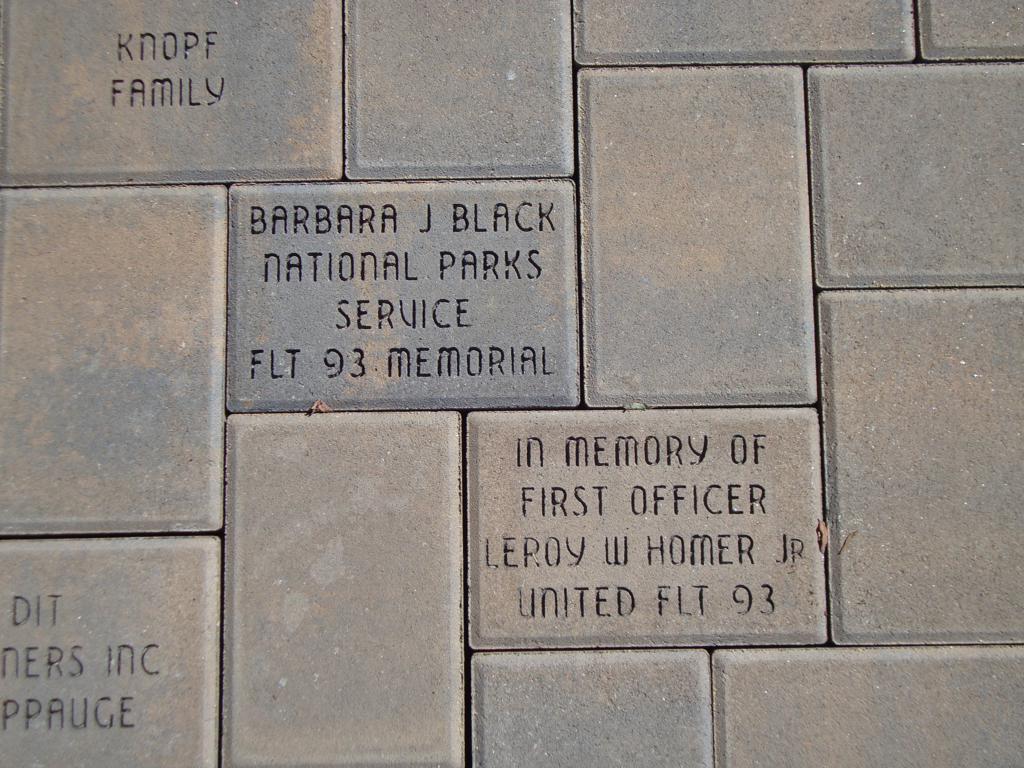 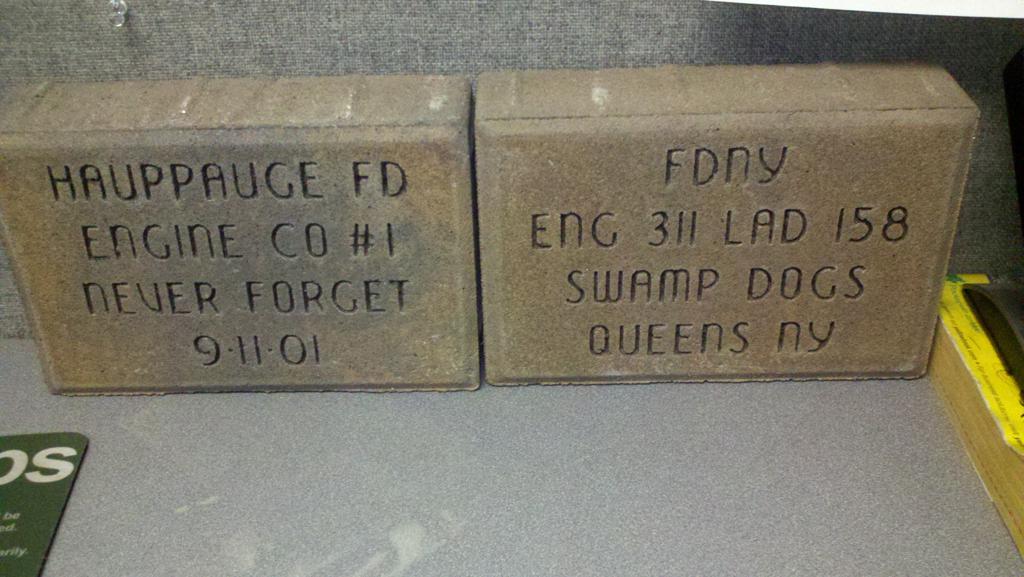 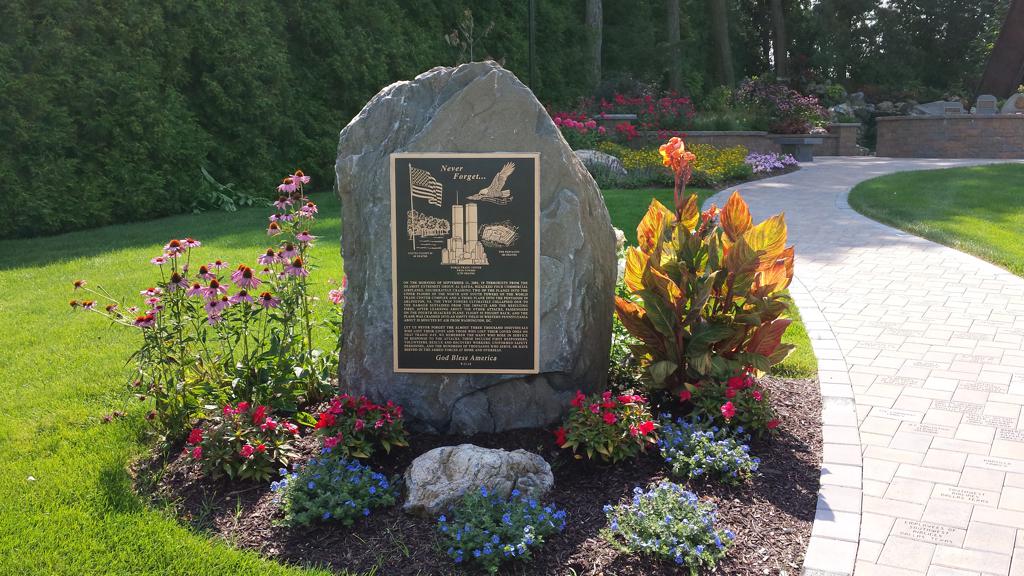 THE DEPARTMENT CALENDAR HAS BEEN MOVED TO THE MEMBERS ONLY PAGE.